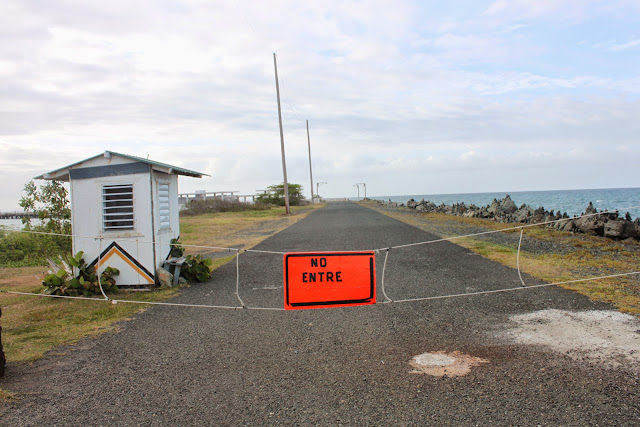 In our five days on the island of Vieques, we drove our rented Jeep down nearly every paved road and some that weren’t. We explored as much of the island of possible, which is difficult when you consider how much of it, about half, is protected by the government and inaccessible to the public. On our drives, we constantly discovered abandoned places, like the stadium on the way to our rental house, the pier pictured above and the sugar mill. The stadium was never completed or used due to misuse of funds. Mosquito Pier was intended to link Vieques to the mainland and serve as a sea wall, but was never finished. The sugar mill closed in 1941 after the ending of sugar exports in Puerto Rico. 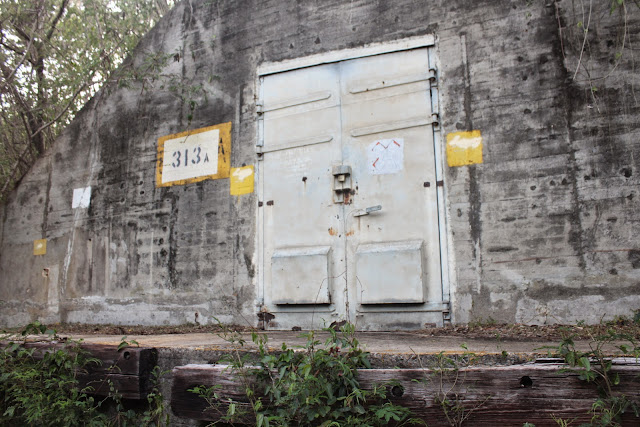 But lovers of urban exploration and abandoned buildings like myself really appreciate the Navy buildings that have been left vacant since 2003. The government purchased land on Vieques in 1941, which later came to make up two thirds of the island. One third was used for ammunition storage in the bunkers pictured above. They’re marked on the tourist map, where you’ll follow a badly paved road past dozens of them, all waiting for a zombie apocalypse or horror movie to be set here. 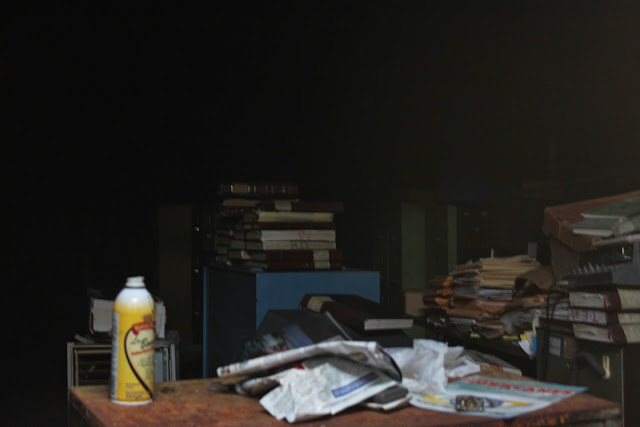 But they’re not empty. Some were deadbolted, but others you could still see into. They’re mostly used for storage, as I found out when I stuck my camera inside and snapped a picture. Books, computers, televisions, satellite dishes and everything in between litter the buildings. I couldn’t help but wonder who left everything here and if anyone was missing these items. Are they cataloged government property or just waiting for a garage sale to happen? It seemed eerie and like a place where you might go to get into some trouble. 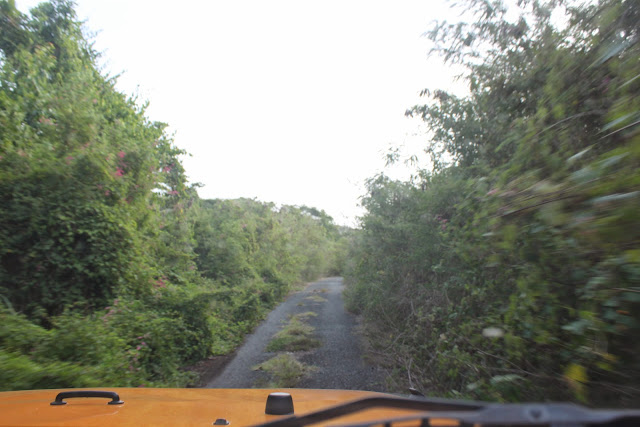 The eastern end of the island, closer to where we were staying, was used for live training exercises, so it’s still common to have beaches closed when unexploded ordinances are found, which is what happened in Mosquito Bay during our stay. Bombs have been found in the ocean and cleanup of the area will take at least another 20 years according to the Navy. The island was once known for its wildlife, like the bioluminescent organisms in the bay, but you can hardly see them anymore from over-touristed areas and the Navy’s presence. 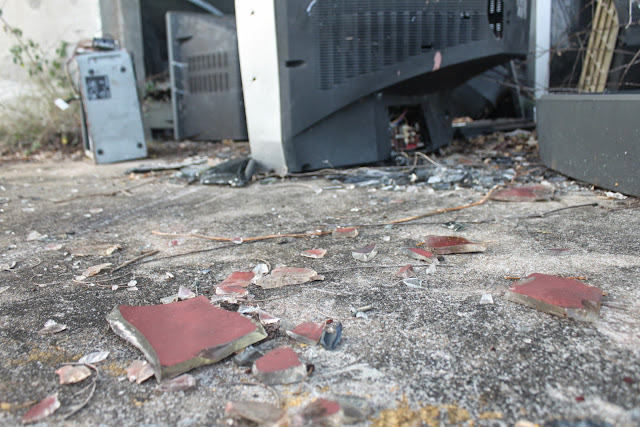 Residents of Vieques constantly clashed with the US Navy over their presence, not to mention the constant dropping of bombs and testing of weapons. Protests on neighboring Culebra shut down military operations there in the 1970s, when more operations were moved to Vieques. The protests on Vieques didn’t begin until 1999 and came to a head after a civilian was killed when a bomb was dropped too close to his security post. Presidents Bill Clinton and George W. Bush both promised that the military would leave Vieques by 2003. Celebrities and activists stayed in encampments until the promise was fulfilled. . 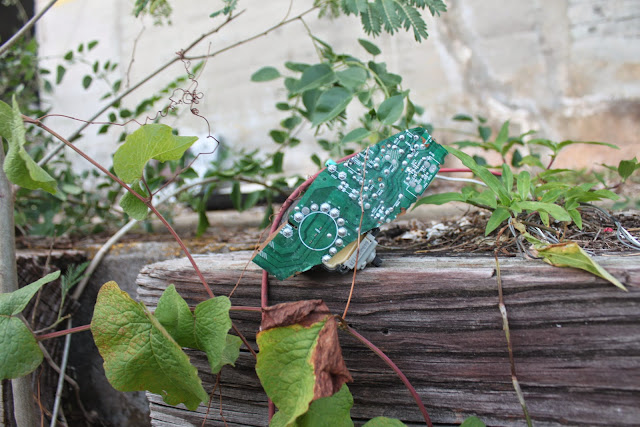 The EPA has also found mercury, lead, copper, lithium, napalm and depleted uranium contamination on the island. The Navy is now battling it out with the Puerto Rican government over how much more cleanup needs to be done, as they argue that the clear cutting required to remove all debris will only further damage the eco-system, while the locals believe they’re trying to dodge their responsibility. The Puerto Rico Health Department has also found a higher rate of cancer among residents from Vieques over the mainland. 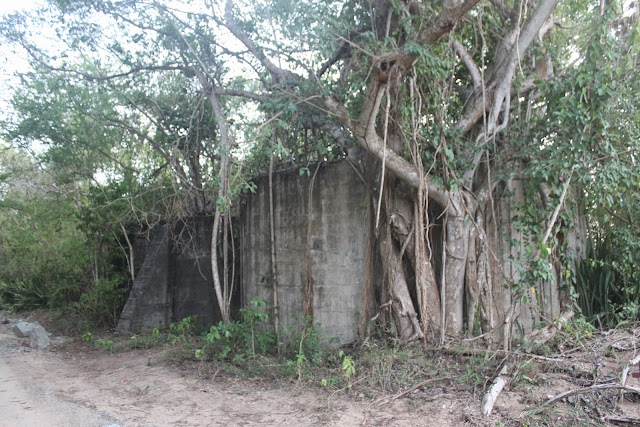 The US Fish and Wildlife Service now controls the eastern portion of the island. Vieques was once an Eden for wildlife and still has some of the most beautiful beaches in the world, but certainly has a long way to go until it can be restored to its former glory, devoid of unexploded bombs. I can only hope that the people of Vieques will forgive us for what our government has done to their beautiful island. Check out more photos from the Vieques Military Bunkers on Adventure Bible School. The post Photo Essay: Abandoned Vieques, Puerto Rico appeared first on Caroline in the City Travel Blog.