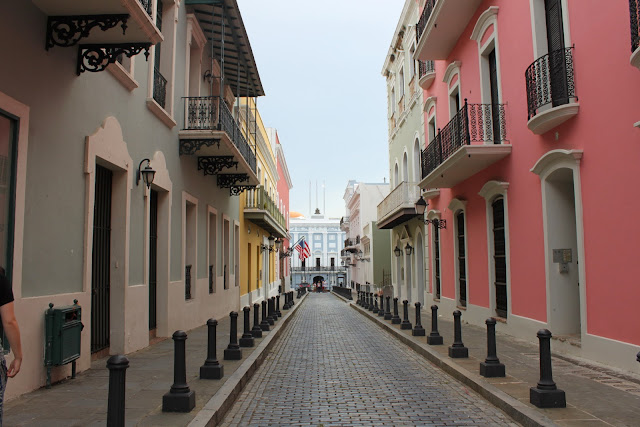 When you think of a quick weekend getaway to somewhere warm, especially as it gets colder in most parts of the world, you might think of a place only a few hours’ drive or ride away. Granted, I’m currently “suffering” through the hottest winter to date at 70 degrees Fahrenheit. For me, it’s usually Charleston or, if I have enough time, Florida that I choose to get away to. But why not go further? Last summer, I had the pleasure of spending a week in Puerto Rico. My family was looking for an easy beach getaway that felt tropical but didn’t require much planning. We found a direct flight from Atlanta and within a few hours, we were walking the cobblestones of Old San Juan, one of the oldest cities in the Caribbean. It’s a surprisingly quick and easy vacation since Americans don’t need their passports or International Driver’s Licenses. You may even be able to get a direct flight, as I did. My friend Christine recently flew JetBlue directly from New York City and you can also fly directly from Miami, Toronto, Chicago and Fort Lauderdale. So if you decide that you want to check out Puerto Rico for yourself, start in San Juan with these must-experiences. 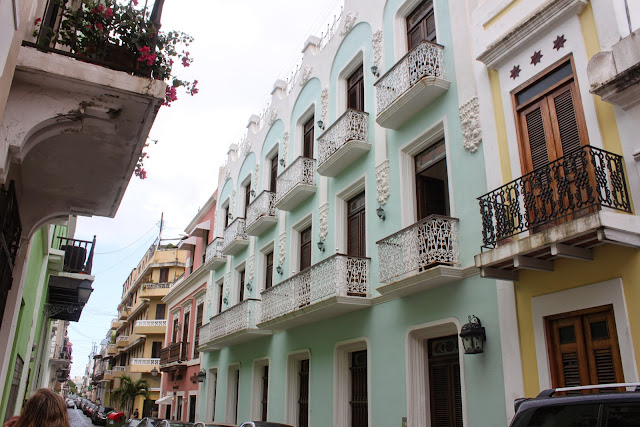 Old San Juan’s historic district is as photogenic as they come, with colonial influences and brightly painted exteriors. When walking the cobblestones, you might feel like you’re in Cuba or Spain. Some buildings have been well preserved while others are chipping and crumbling, but are no less beautiful. 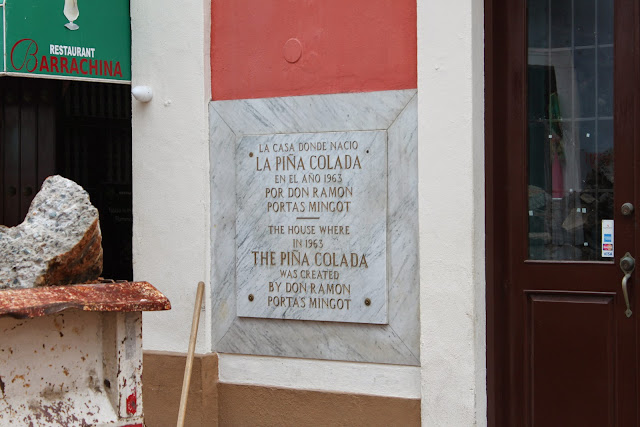 2. Visit the home of the original piña colada.

The piña colada is one of the most well-known cocktails in the country and it is said to have been created at Barrachina Restaurant. Don’t be fooled by brightly colored sugar concoctions of the same name. 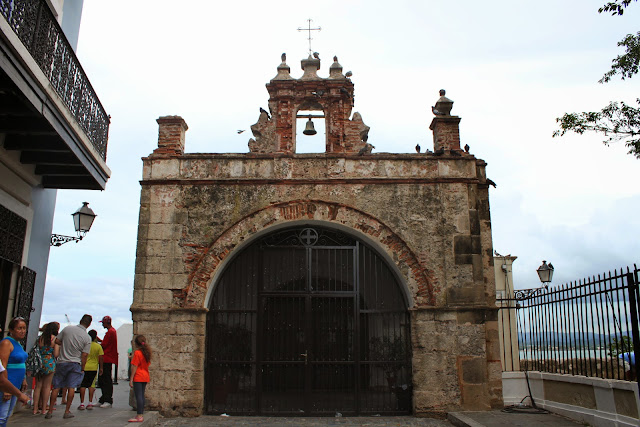 3. Learn about the history of the city.

Settled in 1509, to say San Juan is steeped in history would be an understatement. Many of the buildings are older than the United States. It’s been an important port city, the largest in the commonwealth, for the entirety of its history. The city walls and gates are also significant. 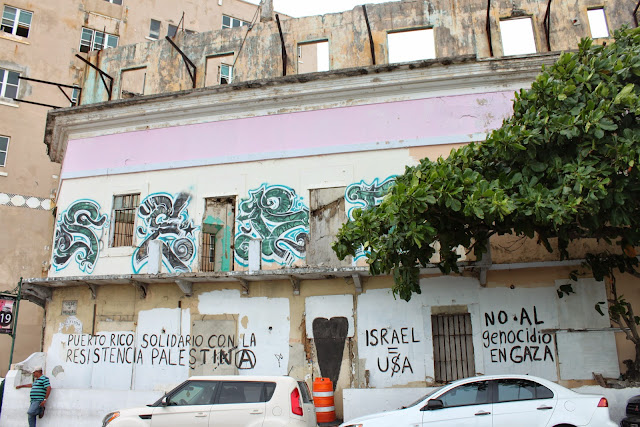 You might be surprised to find street art, and in some cases beautiful graffiti, all over San Juan. Much of it is political in nature. See the city’s listing on FatCap for updated photos and locations for photogenic art pieces. 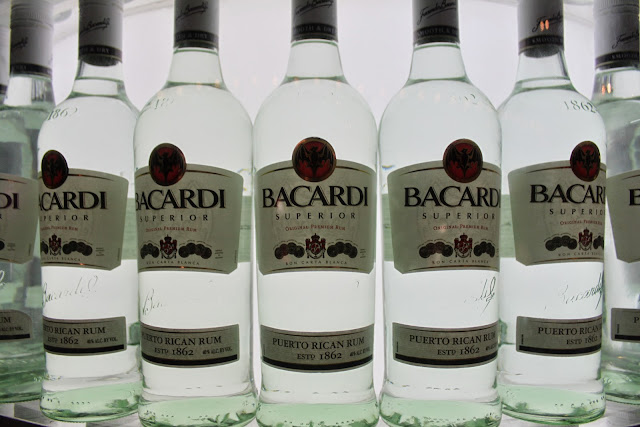 5. Sip on Bacardi at the source.

Bacardi Rum is now distributed worldwide, but the company has had their headquarters in San Juan since the Cuban Revolution. Visit the distillery to learn how the family-run company became an empire. 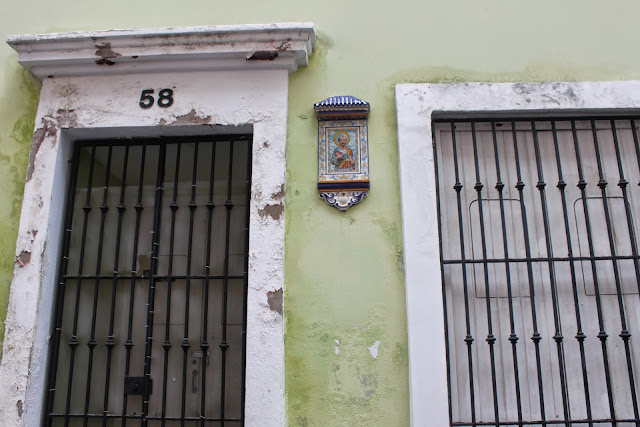 6. Go on an icon scavenger hunt.

Even if you’re not religious, it’s interesting to find these icons, usually images of saints, painted onto tiles or with their own small altars next to homes. They are tiny works of art in their own right. 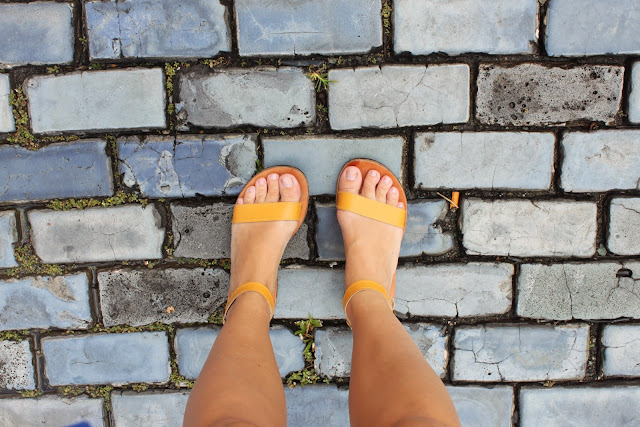 San Juan is best experienced by foot, so leave the motorized vehicles behind here. Just make sure you’re wearing comfortable shoes that won’t give you blisters. And if you have to, bicycles are another good option. 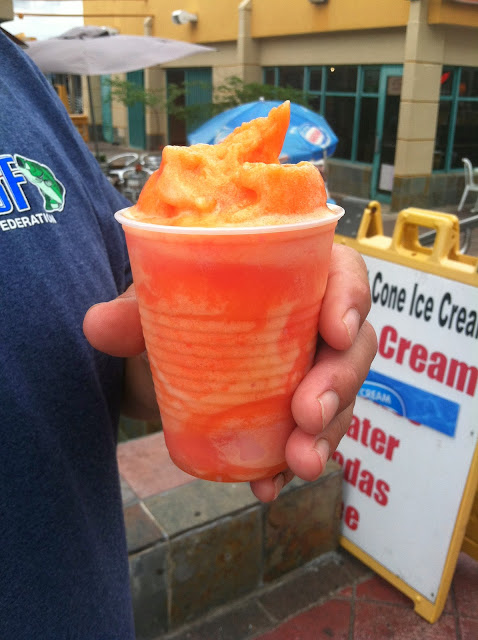 The food in Puerto Rico is delicious and I could rave about mofongo all day, but beat the heat with helados, uniquely Puerto Rican ice cream. You’ll see carts around town selling the cold dessert in flavors like mango, passionfruit and guava.

San Juan is the gateway to further Puerto Rican adventures, so even if you don’t have enough time to hop onto another island or explore the main island completely, you should at the very least take a day trip. El Yunque rainforest is an essential day trip, as is Arecibo Observatory. 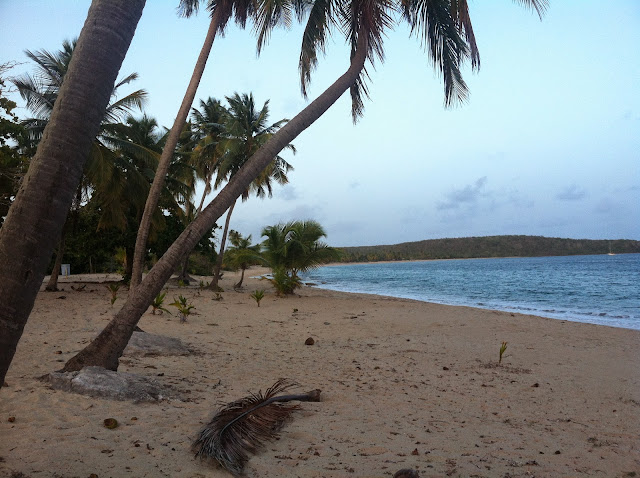 And, of course, you can skip all the attractions and spend your entire trip on one of San Juan’s beaches. The major resorts have their own beachfront real estate, complete with pools, chairs and bars to serve your favorite frozen beverage. So don’t leave your spot if you don’t want to. It’s your vacation, after all.

Have you been to San Juan, Puerto Rico? What was your favorite experience?

This is a sponsored post written by me but sponsored by Puerto Rico Tourism Company. All photos are my own. Live your own 5-star vacation story in Puerto Rico. Learn more about my experiences on the island here. Like SeePuertoRico.com on Facebook and Follow @PRTourismCo on Twitter. The post 10 Must Dos in San Juan, Puerto Rico appeared first on Caroline in the City Travel Blog.